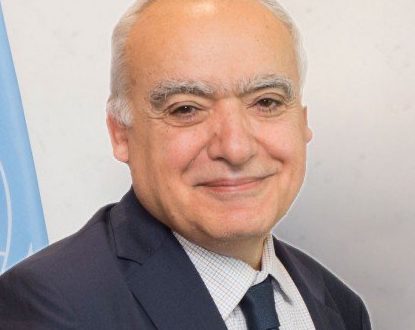 “I am delighted to welcome Ghassan Salamé to the Board of the Foundation,” said Chair of the Board Elhadj As Sy. “Ghassan brings to the Board several decades of experience from a distinguished career in politics, diplomacy and academia. His expertise and guidance will be of great value to the Foundation as we continue in our quest for a fairer, more peaceful world.”

“Kofi Annan was both a mentor and friend,” Mr Salamé said. “I have always been and remain impressed by his profound patience in adversity. A question posed by Kofi Annan was always done so to close a gap he had identified, his answers always determined by the well-being of the most impoverished. Kofi was aware of his distinguished position without losing his humane approach. It is an honour to continue his legacy as a member of the Kofi Annan Foundation Board.”

“Kofi was aware of his distinguished position without losing his humane approach.”

“The Foundation will benefit greatly from Ghassan joining the board”, said Alan Doss, President of the Kofi Annan Foundation. “He worked closely with the Foundation as a member of the Advisory Commission on Rakhine State as well as on the preparatory work for the Extremely Together Youth initiative. He will bring a wealth of experience to the Foundation, especially on conflict prevention and resolution.”

In 2000-2003, Salamé served as Lebanon’s Minister of Culture, as well as Chairman and Spokesman of the Organization Committee for the Arab Summit (March 2002) and of the Francophone Summit (October 2002) in Beirut.

He is the Founding Chairman of the Arab Fund for Arts and Culture (Beirut)and the author of several books on the politics of the Middle East. Salamé was made Chevalier de la Legion d’ honneur in 2004. He studied Law, Humanities (PhD) and Political Science (PhD).

Samson Itodo joins the Board of the Foundation

Ivan Pictet joins the Board of the Foundation

Democracy in the time of COVID-19

Ghassan Salamé joins the Board of the Foundation