A public Q&A session will follow the lecture. Participants who wish to attend in person or online are invited to register on the Geneva Graduate Institute’s website.

Note: Interpretation between Russian and English will be provided.

When announcing the laureates for 2022, the Nobel Committee noted: “Memorial is based on the notion that confronting past crimes is essential in preventing new ones.” Founded in 1987 by Nobel Peace Prize laureate Andreï Sakharov, Memorial has spent 30 years working across Russia and in several other European cities to compile a history of mass atrocities and political repression in the former USSR and to defend human rights wherever they are threatened. After the collapse of the Soviet Union, Memorial grew to become the most prominent human rights organization in Russia. It was dissolved in 2022 by the decision of the Russian authorities, and its documentation centre was closed.

On behalf of Memorial in 2004, Ms Zhemkova received the Right Livelihood Award: “The spirit of our work is the fight for truth and law. Attempts to comprehend the past and to find answers to present-day challenges are indispensable elements of this fight.” Kofi Annan also often spoke on the need to document crimes and end impunity for egregious human rights violations to break the vicious cycles of violence that feed conflict. “The parallel pursuit of justice and peace does present challenges, but they can be managed,” he wrote. “We must be ambitious enough to pursue both, and wise enough to recognize, respect and protect the independence of justice”.

The Nobel Committee stated in its 2022 communiqué: “When civil society must give way to autocracy and dictatorship, peace is often the next victim.” The retreat of democracy on all continents over the last 15 years has indeed coincided with the return of war and an increase in the number of battle-related deaths. Recent events show clearly the dangers involved in the rise of authoritarianism and autocrats, who elevate nationalism at the expense of peace and understanding. The Global Peace Index, produced annually by the Institute for Economics and Peace, has now been deteriorating for fourteen years, while the latest Annual Democracy Report published by the V-Dem Institute shows the level of democracy enjoyed by the average global citizen in 2021 was down to 1989 levels. 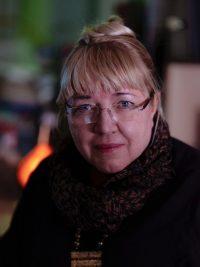 Elena Zhemkova is a mathematician by education. In 1987, she was a co-founder of the Memorial International Historical, Educational and Human Rights Society (on 7 October 2022, Memorial was awarded the Nobel Peace Prize 2022) and served as its Executive Director until the organization was closed in February 2022. Besides this, she supervises Memorial’s Russian-German projects. She coordinates the International Memorial regional network, which includes more than 40 regional organizations from Germany, Italy, Russia, France, the Czech Republic and Ukraine.

Member of the Supervisory Council of the Russian foundation “Understanding and Reconciliation,” which pays compensations for the forced labour in Nazi Germany from 1996-2011.