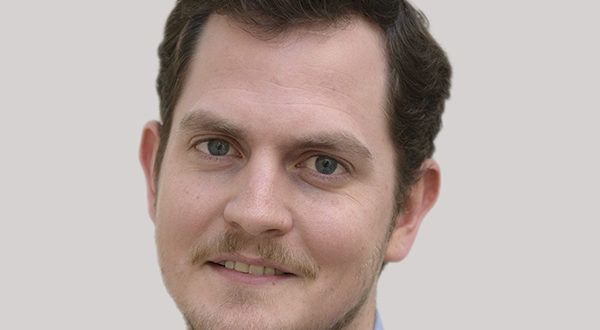 In a staggeringly short period of time, digital technologies have profoundly altered democratic processes, including elections. As evidenced by the recent revelations surrounding Cambridge Analytica or the challenge to the outcome of the elections in Kenya, this impact is not always positive, yet the potential offered by digital technology to reengage citizens, empower or educate voters, and strengthen the integrity of elections remains almost without parallel.

At the Munich Security Conference in February, Mr. Annan argued that ‘technology does not stand still, and neither should democracy’ and indicated his intention to convene a Commission to explore how we can harness this incredible – if disruptive – potential.  This effort builds on the work of the Foundation’s Electoral Integrity Initiative (EII), which, along with a number of partner organisations and States – including the EU, Switzerland and Germany – has undertaken a series of specific diplomatic interventions over recent years in countries facing difficult political transitions. Through a series of policy papers, it has also sought to identify and share best practice to address specific threats to electoral integrity.

Since February, we have consulted with a number of organisations and individuals also working on these issues, albeit from different angles. The EU recently convened a high-level panel on the role of fake news and disinformation; Pierre Omidyar and Nicholas Berggruen have been leading an initiative on the impact of social media on democracy, and in recent months we have seen a renewed effort from leading tech companies to launch unilateral efforts to ensure their platforms remain tools of mobilization, emancipation and education.

The Electoral Integrity Initiative consists of some of the world’s foremost experts on elections. They work for various organisations including the Carter Center, NDI, The UN to name but a few.

Last week, members of the EII met in Geneva to discuss the focus of the Commission and how it can best add value to these efforts. There was a consensus on a number of issues; the Commission shouldn’t focus on the administration of elections. There are huge opportunities and challenges presented by electronic voting machines but others are better placed to address those and indeed have been for some time – including IFES, NDI and IDEA, and the Carter Center has done a lot on the challenges posed to electoral observers by these systems.

Instead, the Commission will focus on the broader electoral environment – how are digital technologies, and there application, changing the nature of democratic systems and how citizens engage in democratic processes? Is a perceived or actual lack of integrity in information and news corrupting electoral processes? And how can we bring greater transparency and accountability – the core elements of integrity – to the role of technology?

In addressing these issues, we need to differentiate between political competitors seeking to gain an advantage in a given electoral contest, and those actors whose primary interest lies in attacking the integrity of the process itself. Of course, sometimes these overlap –‘if you can’t beat them, rob them of any legitimacy by calling into question the process’ is not a new tactic, but the application – or misapplication – of digital technologies provides new avenues for electoral losers willing to go this route.We also can’t lose sight of the fact that technology does not operate in a vacuum; often the problem isn’t just a particular machine, technology, or social media platform, but also fundamental weaknesses in the political systems in which they are deployed. If, for example, the US had more robust campaign finance regulations, would its elections be as susceptible to the distortionary impact of fake news or misleading ads? Likely not.

The Electoral Integrity Initiative convenes some of the world’s greatest experts from some of the most renowned organisations working in the electoral field.

As we move forward to establish the Commission, we will also bear in mind the findings of the 2012 report of the Global Commission on Elections, Democracy and Security, which noted that one of democracy’s unique benefits was the opportunity it provided societies to resolve conflict peacefully. This “requires debate, information, interaction among citizens, and meaningful participation in their own governance.” The new digital technologies that have emerged over the past decade have arguably done more to facilitate this interaction, debate and participation than anything in recent history, and while we will continue to grapple with how they are fundamentally changing the nature of our democracies, our goal must be to harness the opportunities they offer while mitigating the risks.

COVID-19 and the crisis of democratic legitimacy in Africa

COVID-19 in Southeast Asia: an opportunity for inclusive democracy

Democracy in the time of COVID-19

The Retreat of Democracy in Central and Southern Africa: My Key Takeaways