Sebastian F. Brack, Head of the Elections and Democracy Programme at the Kofi Annan Foundation, reflects on why the time is now for Nigerian electoral reform.

Opening a roundtable on electoral reform in the Nigerian capital, Abuja on 19 June, Alan Doss, the president of the Kofi Annan Foundation declared that “Nigeria is the bellwether of West Africa, and even the continent,” adding “The continued success of Nigeria’s democracy is, therefore, a strategic priority for all of Africa.”

That is why the Kofi Annan Foundation and the Civil Society Situation Room, one of Nigeria’s most respected civil society coalition’s, organised the roundtable involving a group of key stakeholders, with the support of the European Union and the Swiss Federal Department of Foreign Affairs.

2019 Elections: A disappointment for most Nigerians

The roundtable was held in the wake of the publication of the reports on the 2019 general elections from two of the international election observation missions. The report by the European Union and the joint report of the National Democratic Institute (NDI) and the National Republican Institute (NRI) highlighted some positive aspects: it was a genuine competition, parties could by and large campaign freely, and an unprecedented number of young people contested these elections thanks to the “not too young to run” campaign. However, as Chris Fomunyoh, the Africa Director of NDI put it, “we have to be frank: the 2019 elections were a disappointment for most Nigerians.”

Deputy Speaker of the House of Representatives of Nigeria, Ahmed Idris Wase during the opening ceremony.

After twenty years of gradual improvement of the electoral process since Nigeria’s return to democracy in 1999, this election was “a step backwards”, stated Clement Nwankwo, the convener of the Civil Society Situation Room, the co-organiser of the roundtable. The EU’s observation mission documented a number of shortcomings, such as the last-minute postponement of the election, the sacking of the chief justice just weeks before the elections, political violence that led to over 100 deaths, the intimidation of voters and journalists, operational problems at the Independent National Electoral Commission (INEC) and a dramatic decline in participation, especially of women. Nigeria now has the lowest proportion of women parliamentarians in Africa.

“After twenty years of gradual improvement…this election was a step backwards.”

“The elections became increasingly marred by violence and intimidation, with the role of the security agencies becoming more contentious as the process progressed”, said Hannah Roberts, the EU deputy chief observer. “This damaged the integrity of the electoral process and may deter future participation.”

Voter turn-out has indeed fallen in every major recent election: the 35% voter turnout this year was down from 44% in the 2015 presidential election, and way down from the 54% turnout in 2011. To be fair, voting usually involves multiple administrative steps and waiting long hours in queues. Participants in the round table spoke of voter intimidation and indeed of one high-profile case of a returning officer who was compelled to declare a winner at gunpoint.

“The gradual decline in participation points to a decline of the system’s legitimacy that will make governing Nigeria ever more complicated, whoever wins”, said Alan Doss, “and is bound to make future elections ever more contentious.”

The start of a new mandate for government and Parliament, which were both sworn in June, is an opportunity to shore up the legitimacy of the system through necessary electoral reforms. Nigeria’s long-term stability and development depend on it.

There are encouraging signs that electoral reform may finally be in the offing. The President of the Republic, Muhammadu Buhari, welcomed the EU’s critical report and acknowledged the country still had work to do to improve the electoral process.

This roundtable aimed to set the stage and shape the debate of that national exercise.

The new deputy speaker of Parliament, the Hon. Ahmed Idris, who opened the roundtable, conceded the system’s problems and vowed to tackle them during his term.
INEC’s chairman, Professor Mahmood Yakubu, has called for a national dialogue on electoral reform, involving all stakeholders. This roundtable aimed to set the stage and shape the debate of that national exercise.

A starting point, stressed many participants, would be passing the electoral reform bill presented to Government by Parliament in 2018. It is no panacea, but would already address some of the most egregious problems.

Through a series of panel discussions involving politicians, senior army and police officers, civil society, journalists and international election observers, the roundtable provided a unique platform to discuss the electoral system’s problems and arrive at a consensus on what ought to be done. The Foundation will release its own report of the roundtable and its key recommendation shortly.

But there were doubts expressed about the potential of technical and legal measures alone to overhaul the political system. “The repeated electoral crises are merely symptoms of a much deeper moral crisis”, opined Bishop Matthew Kukah, the Convener of the National Peace Committee. “As long as our politicians care more about serving themselves than serving the Nation, we will not make progress.”

Pew Research conducted last year showed that just 39% of Nigerians were satisfied with their democracy, 72% said most politicians were corrupt and 57% said no matter who wins elections, things do not change much.

But Bishop Kukah added that “there are plenty of decent people in Nigeria, including in politics: by working together, we can make this country what we would like it to be. We have to keep the faith.”

The roundtable started by taking stock of the 2019 general elections before looking at the electoral framework and administration, the roles and responsibilities of political parties, elections’ security management, handling electoral offences, the role and responsibilities of the media, including social media and, finally, how to ensure the inclusion of under-represented groups like women, youth, and people with disabilities. 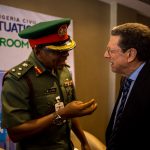 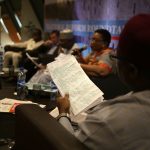 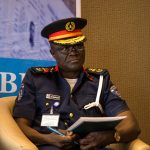 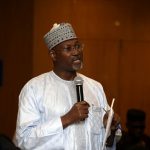 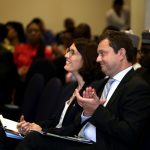 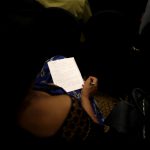 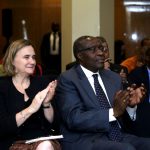 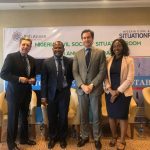 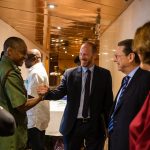 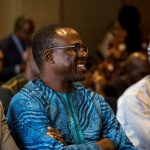 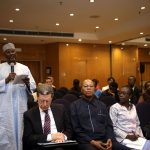 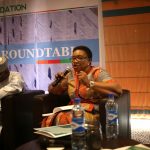 Elections have become almost universal since the end of the Cold War. Yet in many countries where elections are held, freedom and democracy are actually in retreat. Intended as mechanisms for the peaceful arbitration of political rivalries, they frequently become flashpoints for political violence. At the core of these paradoxes are elections without integrity. All too often, elections serve merely to give autocratic regimes a veneer of legitimacy. But elections without integrity cannot provide the winners with legitimacy, the losers with security and the public with confidence in their leaders and institutions. This makes polities fragile as it encourages disgruntled groups to find other, less constructive, channels for the expression of their discontent. The Kofi Annan Foundation and Electoral Integrity Initiative advise countries on how to strengthen the integrity and legitimacy of their electoral processes and avoid election-related violence. Looking beyond technical requirements, they focus on creating conditions for legitimate elections, making it possible to govern peaceably in a climate of trust.

How to tackle Disinformation in Colombia during the election period

The Foundation joins the European Partnership for Democracy network