Around the world, acts of violent extremism are escalating, and women are increasingly being targeted. Women are often seen only as victims of violent extremism; however, women play many roles, including being on the frontlines of prevention and response. We speak with three young women from the Extremely Together Pakistan chapter to find out more about the city-wide campaigns they are leading.

Extremely Together (ET), the youth-led peacebuilding initiative from the Kofi Annan Foundation, wants more people to recognise the importance of female leadership in preventing and countering violent extremism (P/CVE).

“Gender equality is more than a goal in itself. It is a precondition for meeting the challenge of reducing poverty, promoting sustainable development and building good governance.” – Kofi Annan

Extremely Together Pakistan, one of the local ET chapters, has launched women-led campaigns in Lahore, Islamabad and Peshawar. These campaigns aim to prevent violent extremism (PVE) and promote a culture of peace and social cohesion.

Painting for Peace in Lahore

In Lahore, the campaign was led by Sadia Khalid and consisted of 13 girls and young women painting murals with messages of unity, resilience, interfaith harmony and cultural diversity on city walls. Ms Khalid came up with the idea because she saw that women of all ages are increasingly becoming the target of recruitment for violent extremism. She believes “if a woman is more aware of her rights, if she is more aware of right and wrong, she can easily be part of the solution.”

“I strongly believe that art is a powerful tool to change society,” said Ms Khalid, explaining why she chose to ask the girls to paint on walls. “Through art and sport, we not only empower women but also shift the negativity and extremism from young minds into positive acts.”

“Through art and sport, we not only empower women but also shift the negativity and extremism from young minds into positive acts.”

The location of the murals was equally important. Ms Khalid chose a public school because of the role schools play in helping young people understand the world around them. In the future, she plans to educate women from underprivileged backgrounds to start their own initiatives in their communities.

In Islamabad, the team launched a women-led bicycle rally. The rally aimed to break stereotypes and promote gender inclusivity while reclaiming public spaces for women.

The rally culminated in a large group of women, led by renowned cyclist and national athlete Samar Khan, cycling on the road. Ms Khan said that the initiative intended to “normalise cycling for women in Pakistan” and that she was hopeful that the rally would mean that “people will start accepting us, as women, riding on the road.”

In Peshawar, Manmeet Kaur organised a religious education trip taking participants to various religious places. At every location, participants were briefed on the teachings of Christianity, Shia’ism, Hinduism and Sikhism. This allowed attendees to learn more about the co-existing faiths in Pakistan and clarify any misconceptions through dialogue.

Ms Kaur is the first female Sikh journalist in Pakistan and said she chose this idea so “people from different religious backgrounds get a chance not only to visit each other’s places of worship but also learn about their teachings.” The aim was to clarify the misconceptions that revolve around different religious beliefs “because no matter what anyone’s religion is, humanity comes first,” Ms Kaur explains.

The campaign chose to target women specifically because women are traditionally expected to stay at home, meaning they have less opportunity to acquire knowledge or learn about mainstream social issues. Ms Kaur shares that in her personal experience, this can lead to “mothers telling their children not to play with kids from other religions or religious sects or else they’ll turn into non-believers too. Breaking these religious barriers and stereotypes has pretty much become a taboo now. Initiatives like mine have proved to be myth-busters in such situations.” 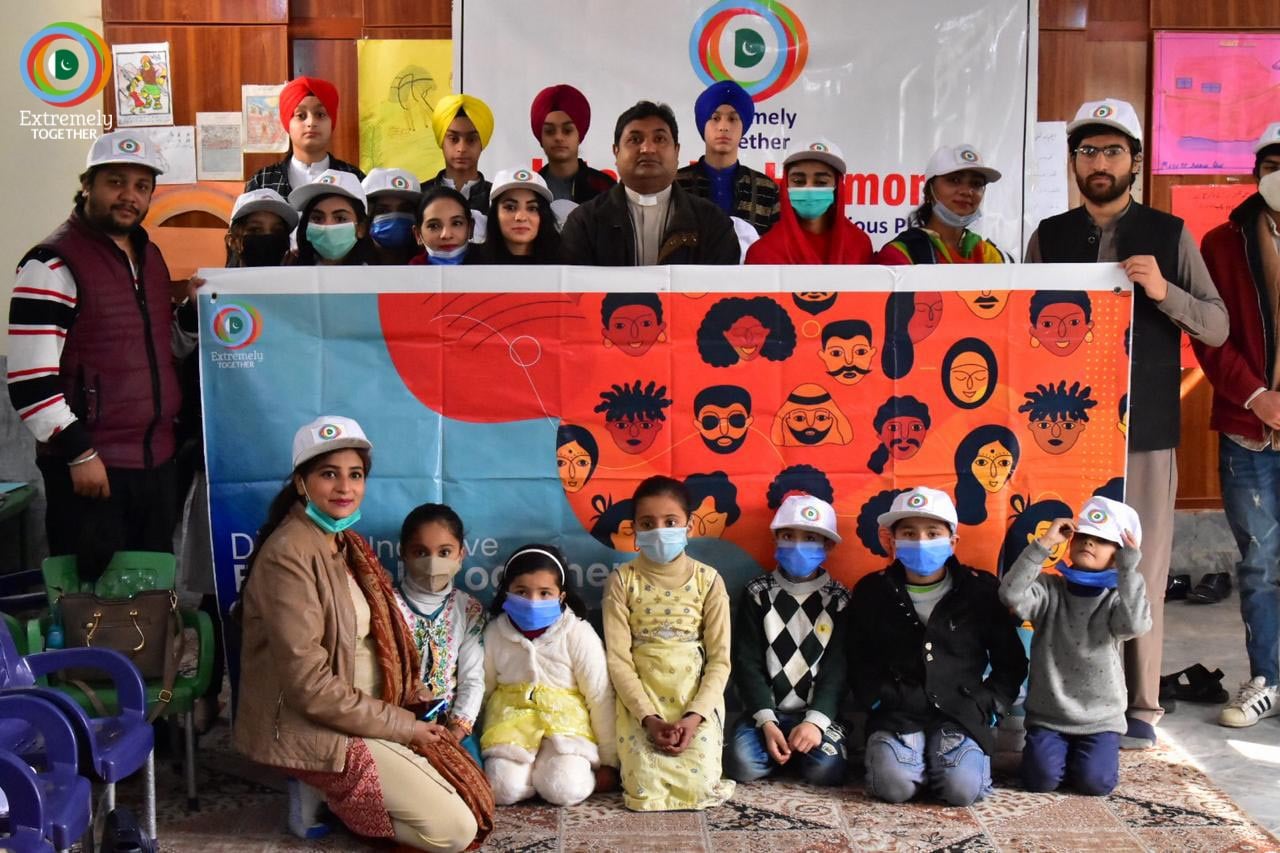 She further explained that she has seen women make presumptions about others’ rituals, practices and festivals based on misinterpretations and disinformation. These educational trips help shed light on such disinformation and brings people together, encouraging them to communicate with each other on their religions.

Ms Kaur says she will continue reaching out to women because she believes that “literate and well-informed mothers can better raise their children; by teaching them the basic human principles, and how to respect other’s beliefs and live peacefully despite the differences.”

Find out more about the importance of interfaith dialogues >

Why women are critical in preventing violent extremism

The importance of women taking a leadership role in preventing violent extremism has been acknowledged by various international institutions and civil society organisations.

In a consultation in 2020 by UN Women, Civil Society Organizations (CSOs) highlighted that although there are many factors driving violent extremism, gender inequalities, as well as sexual and gender-based violence are both pull and push factors for women – either to engage in acts of violent extremism or to resist them.

Additionally, these CSOs believe the work of women-led organisations at local and community levels has a more significant impact in addressing violent extremism’s root causes and consequences. This sentiment is supported by recent research undertaken by Extremely Together’s local presence in South and Southeast Asia. The research identified women as a vulnerable and at-risk group in violent extremism. It emphasised their essential role in preventing violent extremism and building bridges between different groups within society.

Both Sadia Khalid and Manmeet Kaur have witnessed the importance of women leadership in their work. They have seen that women often spend more time with the younger generation and are responsible for educating and changing young minds in their homes. This position puts women at the centre of PVE with a great potential to influence and teach the next generations about harmony, tolerance and peace.

The Kofi Annan Foundation is committed to promoting women’s leadership because we believe it will bring unique solutions to issues such as peacebuilding and preventing violent extremism.

Kofi Annan said, “gender equality is more than a goal in itself. It is a precondition for meeting the challenge of reducing poverty, promoting sustainable development and building good governance.” We strive to live up to this. Incorporating female leadership in local projects is the first step to this and helping work towards an equal world.

Extremely Together Pakistan is part of a regional project in South and Southeast Asia, supported by the European Union.

Find out more about our work in gender and equality >

Online gender-based political violence in Kenya: The road towards a code of conduct for digital behaviour

STATEMENT: Do not forsake Afghan women’s rights in the name of stability

The inclusion of women is essential to building an equitable, peaceful world