The Guide was published in March 2017 and has guided Extremely Together’s work going forward.

At the age of 19, Hajer founded her own organization, “Together We Build it”, which works on the democratic transition in Libya by emphasising the relevance of women’s and youth participation in peace. Most recently, Together We Build It launched the campaign “You are missing the full picture” which aims to highlight the international community’s very gender blind approach to Libyan women’s right in meaningful participation in the political and peacebuilding process. In 2013, she co-initiated the 1325 Network in Libya, a network of civil society organisations encouraging women to play an active role in peacebuilding and conflict prevention. Since 2016, she has been one of the 10 Young Leaders of the Extremely Together initiative of the Kofi Annan Foundation that inspires young people to actively prevent violent extremism. In 2017, Hajer was awarded the Student Peace Prize in Norway for her contribution to the inclusion of women in peacebuilding processes. Hajer was a member of the UN Advisory Group of Experts for the Progress Study on Youth, Peace and Security. She is also a UN Women Champion on Women, Peace, Security and Human Rights.

“I am honoured to be included among other incredible young change-makers. Extremely Together represents people from all over the world coming together to work towards the most common thing the human being has; the interest in peace.”
– Hajer Sharief 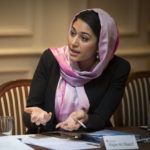 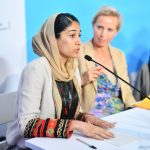 Ilwad Elman is the Director of Programs & Development at the Elman Peace Centre in Somalia. She is responsible for designing and overseeing the organisation’s programs, which address a range of issues, including human rights, gender justice, protection of civilians, peace and security, and social entrepreneurship.

Ms. Elman returned from Canada to Somalia in 2010 and has remained there ever since, co-founding the first rape crisis centre for survivors of rape, designing interventions aimed at security sector reform to create an inclusive space for women in peacebuilding, and developing Disarmament, Demobilisation and Reintegration programs for child soldiers and adults defecting from armed groups for their socio-economic empowerment, rehabilitation and reintegration.

Ilwad is also an advocate for the Kofi Annan Foundation’s Extremely Together initiative. Ms Elman was honoured with the 2015 Gleitsman International Activist Award from Harvard University, 2016 Right the Wrongs Award from Oxfam America, 2016 Young African Woman of the Year award and the 2017 BET Global Good Star Award. In 2018, Ilwad was appointed by UN Secretary-General António Guterres as one of his Advisors to the UN Peacebuilding Fund.

“It is such an honour to be included on the Nobel Peace Prize shortlist. It is incredibly important that we continue to advocate for the participation of young people at the highest levels of decision-making. With Extremely Together, we are not just telling the world what we are against, but we are telling the world what we are for.”
– Ilwad Elman 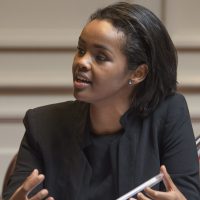 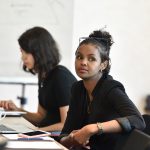 Building a youth community to prevent violent extremism: Insights from peacebuilders and donors

Conflict in Ukraine: A Statement from Extremely Together

A place for young leaders to inform, inspire and engage: Space Transformers Live