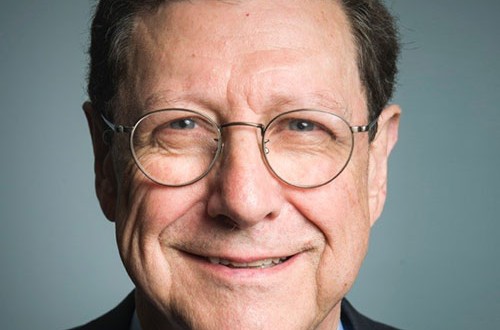 The demand for the international community to undertake complex, multidimensional peace-building efforts has increased markedly in recent decades.

It was one of the most notable developments of Kofi Annan’s time as UN Secretary-General, and led to a significant expansion of the multilateral peacebuilding architecture.

One of the most important advances was the dedicated effort to systematise learning; to identify and capture the key ingredients of success, broaden the knowledge base available to practitioners, and strengthen the normative frameworks for complex peacebuilding projects.

The Advisory Commission on Rakhine represented an innovative and creative approach to peace building in a country undergoing a difficult transition. It was established at the behest of the government of Myanmar and in collaboration with the Kofi Annan Foundation in September 2016 as a neutral and impartial body which aimed to propose concrete measures for improving the welfare of all people in Rakhine state. In August 2017, it presented its final report “Towards a Peaceful, Fair and Prosperous Future for the People of Rakhine”.

Creating the conditions for lasting peace in Rakhine State is a complex task that involves boosting economic development, protecting human rights and safeguarding national security. Furthermore, several features of the Commission, such as its mixed composition, its establishment as a joint initiative between the Office of the State Counsellor and a Foundation, were unique.

However, while the Commission fulfilled its mandate and presented a series of far-reaching and principled recommendations that were endorsed by the government of Myanmar and widely welcomed by the international community, the situation in Rakhine has deteriorated sharply, creating a major humanitarian crisis.

Now more than ever, the Commission’s report can help the government, religious and political leaders, and communities in Rakhine chart a path forward.

Most crucially, the experience of the Commission can be of use to peace-building experts and practitioners elsewhere, and that there is much about the Commission and its work that merits reflection and study.

Unfortunately, entrenched, multi-faceted conflicts are not in short supply, and I hope our exchanges today will support and inform the efforts of those working for peace across the globe.

That is why we have undertaken a lessons-learned project: to ensure that others can benefit from our experience in a way that is accessible and instructive for policy makers, academics, and practitioners alike.

At the behest of the Ministry of the Office of the State Counsellor of the Republic of the Union of Myanmar and in collaboration with the Kofi Annan Foundation, the Advisory Commission on Rakhine State was founded in September 2016 as a neutral and impartial body which aimed to propose concrete measures for improving the welfare of all people in Rakhine state. In August 2017, it presented its final report “Towards a Peaceful, Fair and Prosperous Future for the People of Rakhine”.  The Commission was composed of six local and three international experts, and was chaired by Kofi Annan.

In its work, it considered humanitarian and developmental issues, access to basic services, legal questions including citizenship and the assurance of basic rights, and security to all people in all communities. It presented its final report and recommendations to the Government of Myanmar in August 2017.

Restoring the shine of the City on the Hill: An urgent global priority

Position paper: Why youth leadership when dealing with complex crises must no longer be ignored

Women’s participation in peace processes – is it enough?