United States
Extremely Together Young Leaders advocated for youth-led CVE at UNGA side events in New York. Mr. Annan briefed members of the UN Security Council on the final report of the Advisory Commission on Rakhine State and advised as to how multilateral efforts could support the implementation of its recommendations. 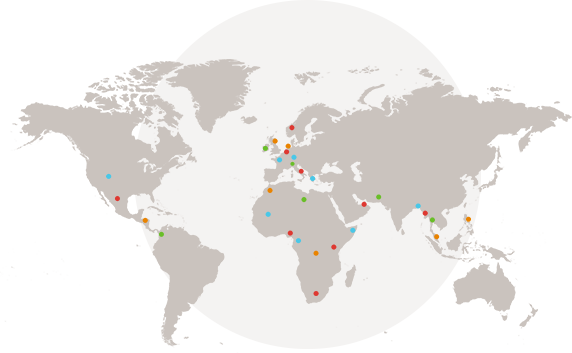 Extremely Together Young Leaders inspired others to join the Extremely Together movement at the One Young World Summit in Bogota. The Foundation brought together experts, policy-makers and practitioners in a high-level symposium on reconciliation convened by Mr. Annan in Bogota.

Extremely Together’s Fatima Zaman works to research and advise on counter-extremism policy. Together with Bjørn Ihler from Norway, she led a series of ‘Extremely Together roadshows’ in UK schools in order to train young people in CVE.

The Foundation co-organised a meeting with the International Potato Center to promote orange-fleshed sweet potato as a crop to combat malnutrition. Mr. Annan delivered the keynote speech on food security, water and energy at the Making Waves Conference.

Mr. Annan joined over 250 stakeholders at the Global Nutrition Summit in Milan to accelerate the global response to end malnutrition.

Kofi Annan opened the Athens Democracy Forum with a keynote address promoting the priorities and messages of the Foundation’s Electoral Integrity Initiative.

Bjørn Ihler from Norway and Fatima Zaman from the UK were invited as keynote speakers at the Caux Forum in Switzerland.

Extremely Together’s Mimoun Berrissoun works to engage with young people affected by extremism. Hassan Ndugwa from Uganda joined Mimoun in Cologne in order to raise young people’s awareness of the threat of violent extremism through a series of inspirational talks and a football tournament under the theme “Kick it against Hate”. Extremely Together’s Countering Violent

The Extremely Together toolkit and online platform were launched in Brussels in March 2017 at a conference, hosted by the European Commission, on the role of youth in countering violent extremism.

Mr. Annan participated in the One Planet Summit in Paris and met with the French President, Emmanuel Macron, to discuss climate action.

With our partners, we are promoting evidence-based drug policy reform in West Africa.
We are advocating for the transformation of African agriculture and food systems in order to improve food and nutrition security.
We are mobilising leadership for climate change mitigation and adaptation both globally and in Africa.

Exploratory visit and mapping of existing CVE initiatives ahead of the organisation of a series of training sessions on CVE targeting young Moroccans.

The Foundation organised a “dialogue participatif” between electoral stakeholders, the main political parties, the election commission and the diplomatic community to agree on the key challenges ahead of the 2018 elections.

Democratic Republic of the Congo

The Foundation convened electoral stakeholders from 10 countries in Asia for a conference entitled Democracy in Southeast Asia, facilitating an exchange of views on improving electoral integrity in the region.

A delegation of the Advisory Commission travelled to Bangkok to discuss regional implications of the situation in Rakhine State with Thai officials.

Members of the Advisory Commission on Rakhine State travelled to Cox’s Bazaar to meet with and consult local officials and communities displaced from Myanmar.

The Advisory Commission on Rakhine State completed its mandate and produced a series of recommendations to achieve lasting peace in Rakhine State.