What if world peace were not an illusion but an achievable objective? What if the barriers to peace had been identified and citizens, governments and corporations could join forces to break them down? We have identified five major barriers on the road to peace and are calling on your support to help us break them down:

Unfair elections: Almost all countries in the world carry out elections and yet we seem to be experiencing a global retreat from democracy. If people feel they cannot safely and openly choose who governs them, violence often follows. Unless the integrity of elections is safeguarded, democracy will be hollowed out.

Failing peace processes: Too many peace processes collapse and plunge societies that are already traumatised into new cycles of violence. Managing these processes requires sensitivity, persistence and patience, but it can be done. 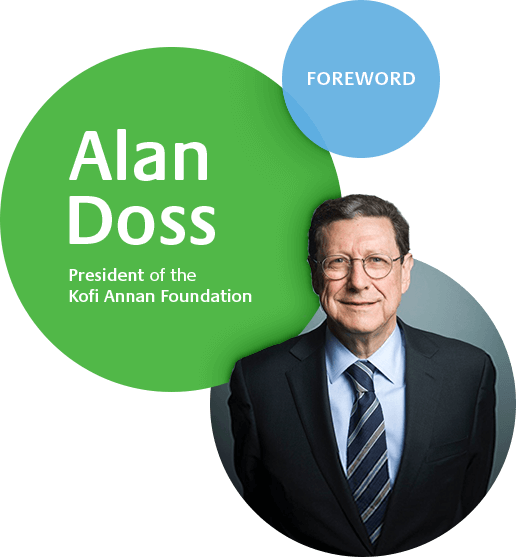 Violent extremism: If we recognise that much more unites us than divides us, we can join forces to tackle the greatest challenges of our times. Unfortunately, extremism, the politics of identity and ultra-nationalism sow division and produce more hate and conflict.  Violent extremism affects young people disproportionately, but they are also the key to preventing and combatting it.

Hunger: A hungry person is not a free person. Climate change and trade barriers are major causes of hunger, which in return hinders development, triggers migration and prevents entire societies from achieving their potential. Over 800 million people suffer from hunger worldwide and dozens of millions will die from it this year. If we don’t end hunger, we can never hope to live in peace.

Drugs: Drugs have killed many people, but bad government policies have killed many more. We need to treat drug users as patients requiring help, rather than as criminals deserving imprisonment. We need to find pragmatic ways of regulating illegal drugs. If we take these steps we can defeat the cartels that are causing violence and death, and undermining governments. That means ending the so-called war on drugs and embracing pragmatic, evidence-based policies that work.

In our anniversary year we are reaching out to you to join us on the road to peace. Your donation will go directly to our programmes, which this report outlines in detail. 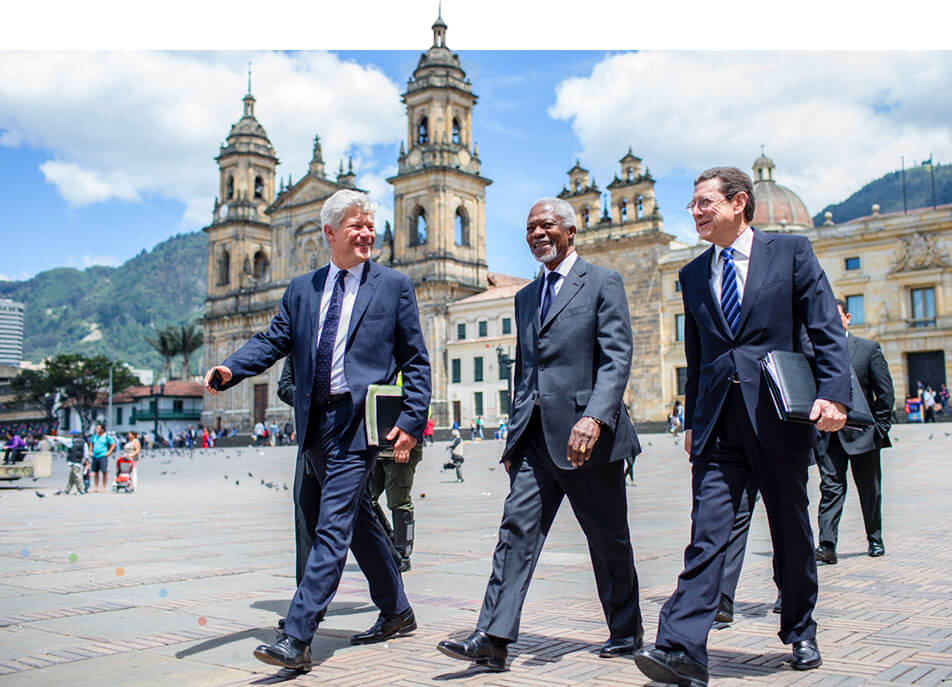