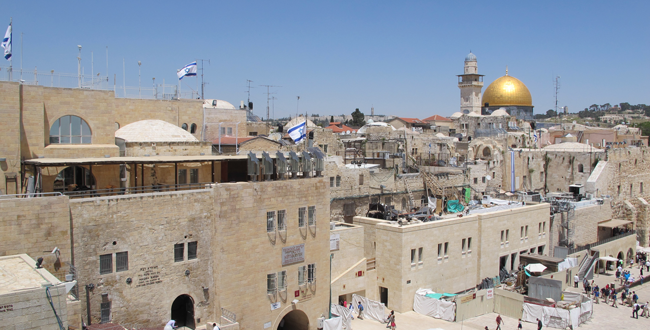 The Elders today strongly criticised the US decision to move its Embassy in Israel to Jerusalem as a serious blow to peace between Israelis and Palestinians, and urged other countries not to follow suit.

They reaffirmed their long-held position that the city of Jerusalem must be shared between Israelis and Palestinians as part of a two-state solution based on the internationally-recognised 1967 border, which respects the human and political rights of all its residents.

“Repeated UN resolutions make clear that the status of Jerusalem can only be changed by agreement between the parties, and then endorsed by the United Nations. Today’s ceremonial opening of the new US Embassy in Jerusalem is regrettable and makes it harder to maintain the prospect of a viable two-state solution.”

The Elders urged the governments of those countries reportedly contemplating following the US not to do so. Such moves would damage further dwindling prospects for realisation of the two-state solution. By contrast, they noted that though Russia has relocated its Embassy to West Jerusalem, this does not imply Israeli jurisdiction over the whole city and also envisages establishing an Embassy to a future Palestinian state in East Jerusalem.

“Unilateral action on the part of the Trump Administration only makes the prospect of a negotiated settlement of the Israeli-Palestinian conflict more distant. Peace will only come when all parties are treated with respect, their rights and grievances acknowledged, and negotiations are undertaken in good faith.”

Even when not engaged in any of the projects of the Foundation, the office supports and backstops Mr Annan’s work and endeavours. As chair of The Elders, the Africa Progress Panel and with many speaking commitments and engagements that go well beyond the scope of his Foundation, Kofi Annan has a busy schedule. Mr Annan’s work and commitments that do not fall within the Foundation’s projects are captured in this section: Annan@work.

The Elders urge all states to commit to universal, impartial International Criminal Court